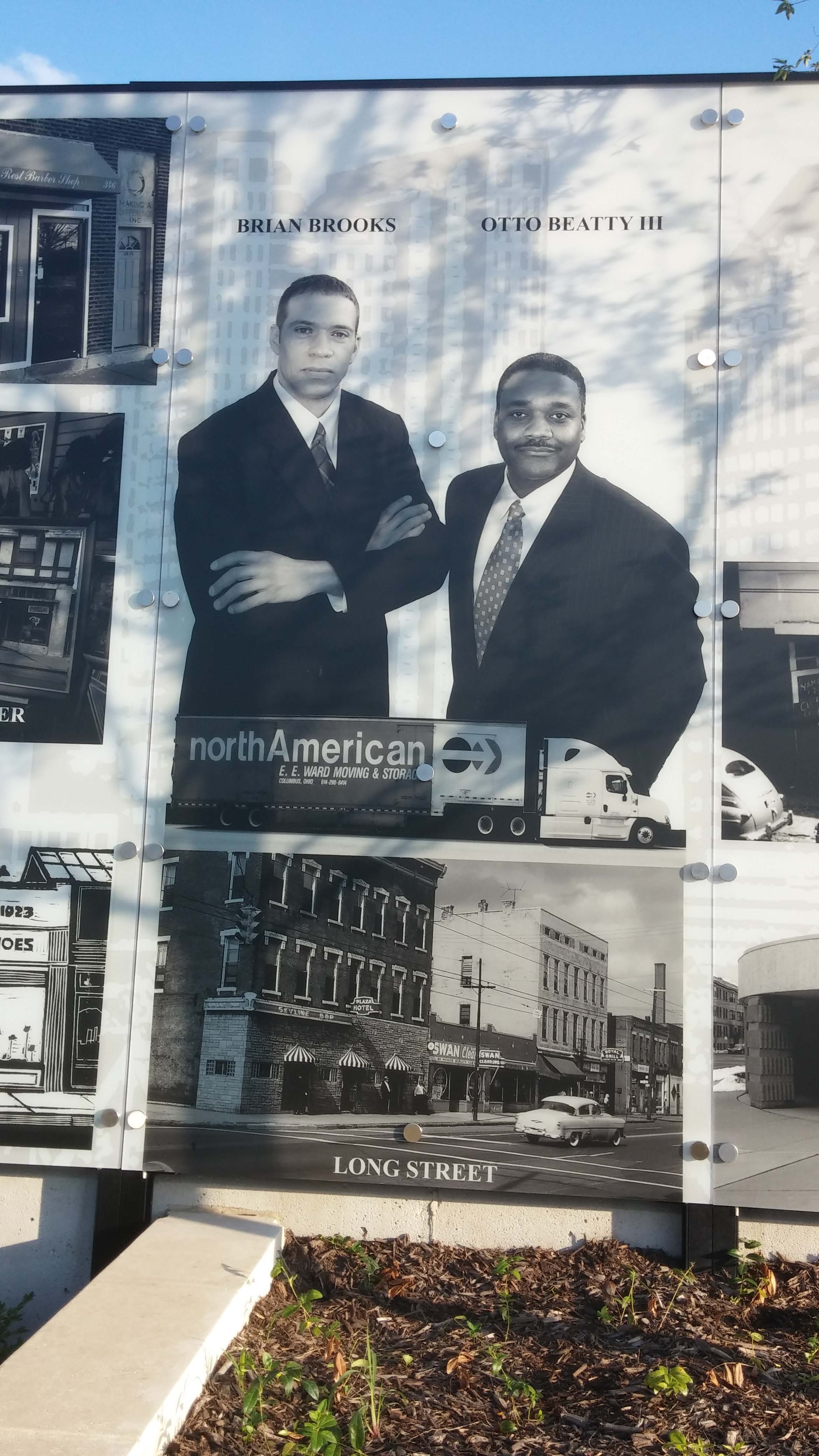 been honored by the City of Columbus through their inclusion in the Long Street Bridge cultural wall.  Brian and Otto purchased the moving company from the Ward family in 2001.  Established in 1881, E.E. Ward is the oldest continuously operating African-American owned company in the U.S., according the U.S. Chamber of Commerce.

“This bridge is more than a mere crossing.  It embraces Long Street as the historic center of culture, civic life, church and commerce in the African American community.  The cultural wall celebrates the diversity of our city, commemorates our rich history and inspires our future.” 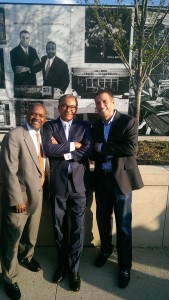 As reported in the Columbus Dispatch at the July 11, 2014 dedication ceremony:

State and local officials pulled back the curtain on the cultural wall that stretches along the south side of the bridge at an event last night that brought about 1,600 people to the bridge.

The bridge is one of the final pieces to the Ohio Department of Transportation’s rebuild of the I-71/670 interchange Downtown.

The $200 million project is the first phase in untangling Downtown’s highways, and included work on the bridges that carry Spring and Long streets over I-71.

The Long Street bridge will serve as a pedestrian link between the Discovery District and the King-Lincoln area, a neighborhood that leaders maintain was cut off from the city’s center by construction of I-71 in the 1960s and left to die.

The cultural wall, designed by local artists Kojo Kamau and Larry Winston Collins, is made up of 60 panels displaying 139 images connected to the neighborhood. Macon-Beck’s grandson, Emmanuel Mapp, is pictured with the Urban Strings Youth Choir.

Leaders, though, hope the bridge does more than pay homage to the neighborhood. They want it to help restore the district.

In the past decade, Columbus has pumped about $16 million into revitalizing the neighborhood. City officials want to help it grow back to its peak, before the 63,000 residents and dozens of businesses shrank to about 16,000 people.

“There was decades of neglect and blight,” Mayor Michael B. Coleman said. “I said we’re going to bring this area back, even if we had to carry it on our back.”

The bridge was built with a park-like cap, similar to the N. High Street bridge over I-670, to accommodate business development. It is dotted with trees and landscaping.

Columbus will pay for landscape maintenance on the bridge, which cost about $12.5 million. ODOT, Columbus and the Mid-Ohio Regional Planning Commission paid for the bridge.