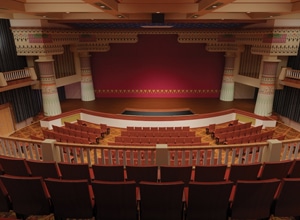 On Thursday April 7th, Brian Brooks, E.E. Ward President and Owner, was proud to support The Lincoln Theatre at their 2016 Gala. The night included a dinner, cocktail reception, and live performances by Lincoln artists. The theatre is a historical landmark in the Columbus community and known to be an incubator for talented and emerging artists.  It is also credited with aiding in the revitalization of the King-Lincoln District and downtown Columbus.  The theatre relies heavily on community supporters to keep its doors open and events like the annual gala are quintessential to that mission.

Visit http://lincolntheatrecolumbus.com/donations.html to learn more on how you can support the theatre and its residents.