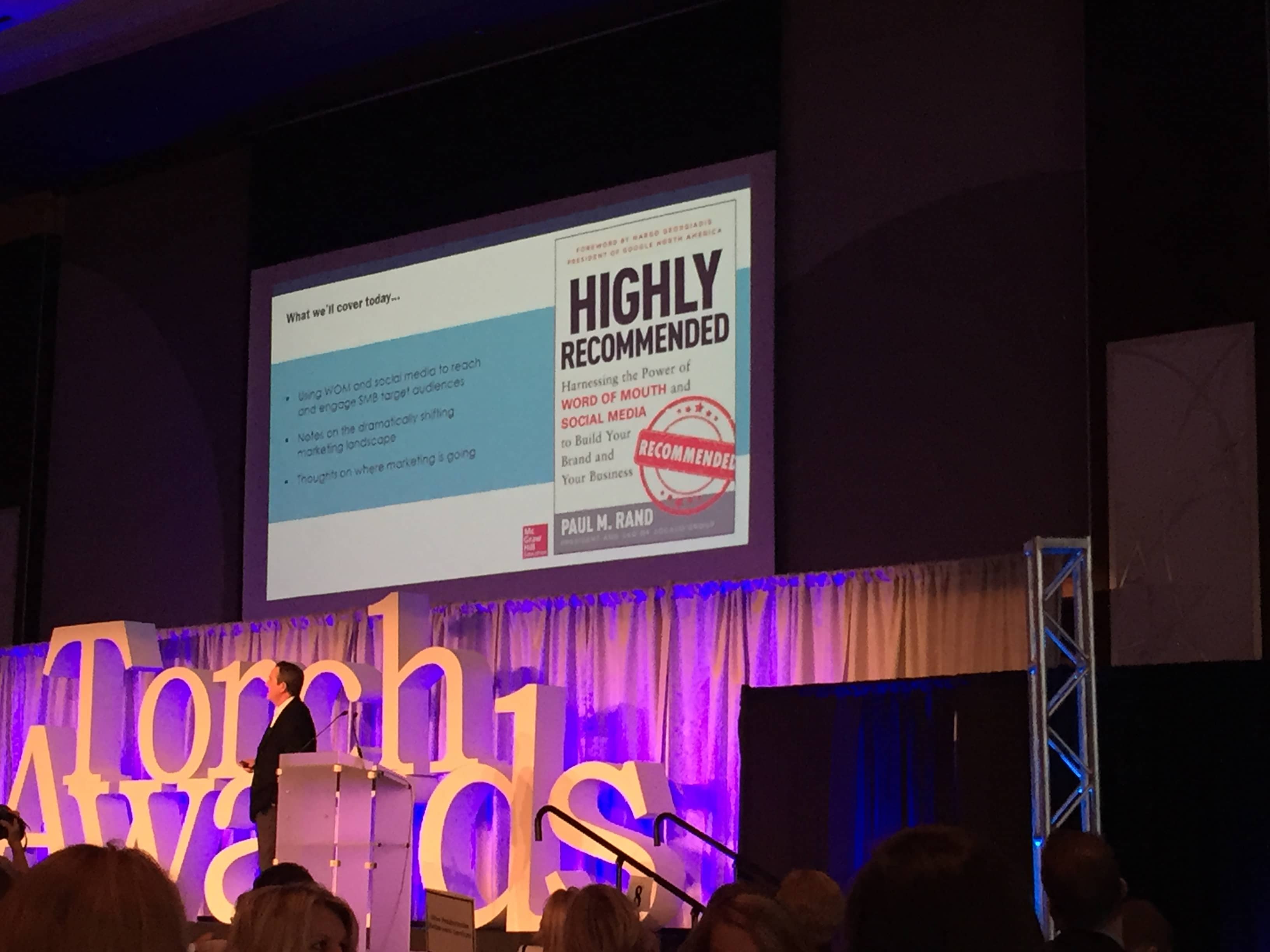 On Tuesday, October 20th, our two marketing interns from The Ohio State University, Sydney and Meghan, represented The E.E. Ward Moving & Storage Team at The Better Business Bureau’s 20th ‪Torch Awards. The event is the marque event of the central Ohio BBB’s and is made possible through the supporting sponsors who also attended the event alongside many other central Ohio businesses.

The event began with an hour or so of networking between professionals in the Columbus area followed by a delicious lunch including some scrumptious Buckeyes. The meal was followed by a spectacular speech given by Paul Rand.

We’d like to give a special thanks to Rand because he helped trigger some great ideas for our moving and storage business. So a big thanks to Rand’s thoughts and his book ‪”Highly Recommended: Harnessing the Power of Word of Mouth and Social Media to Build Your Brand and Your Business”!

Meghan and Sydney are both excited to see where these innovative ideas will guide our business in the future, not to mention the fire that the BBB Torch Awards ignited and how it will inspire our fellow companies in the area. The E.E. Ward Team is focused on finishing strong in 2015.