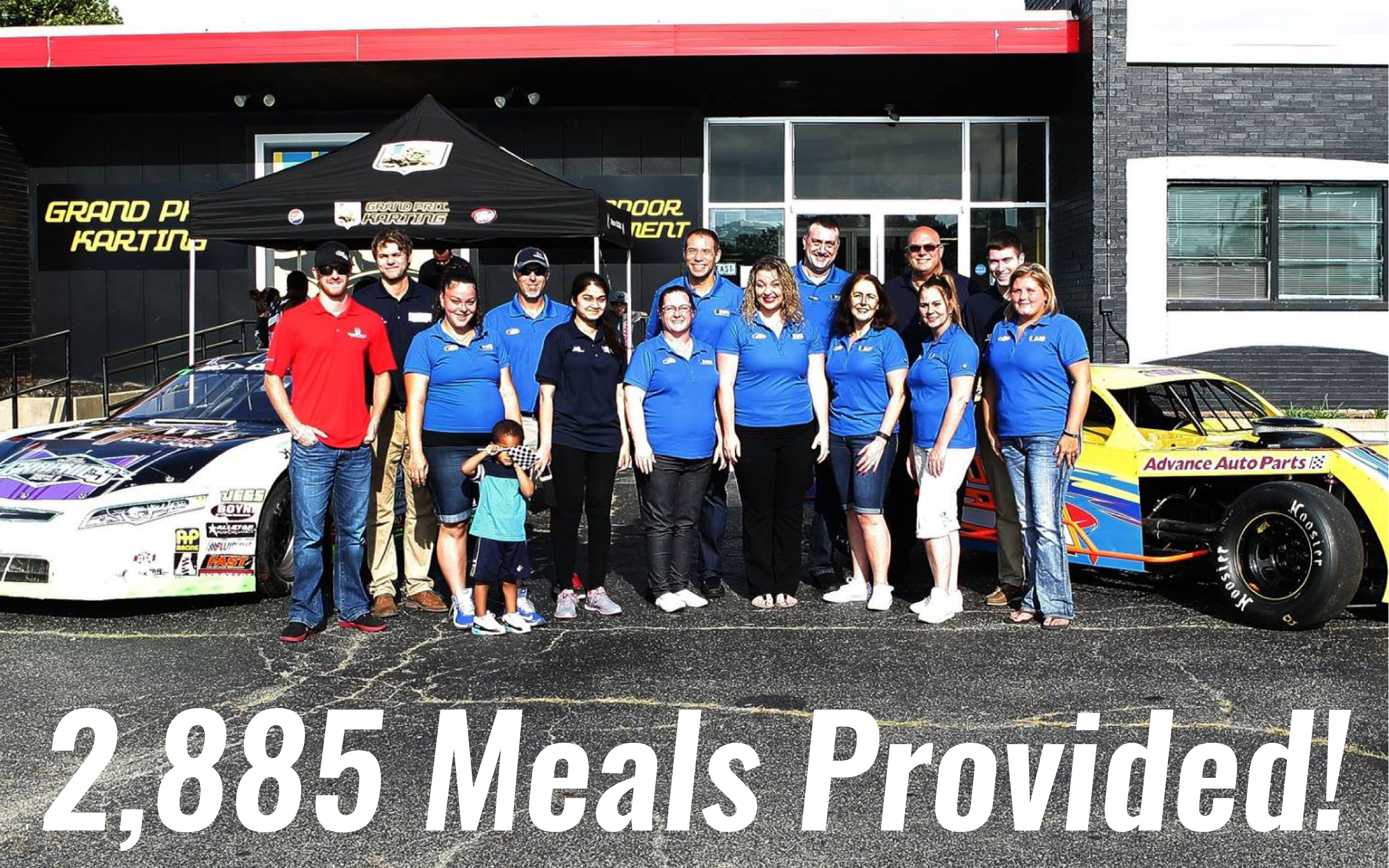 Grand Prix Karting hosted almost 200 guests at the event Friday, August 12, 2016. Racing fans had a chance to race at one of the largest indoor Go-Kart tracks in the country, with proceeds going to the YWCA Family Center, The Eldon & Elsie Ward Family YMCA, and St. Philip Episcopal Food Pantry. These organizations are in the Woodland Park area of Columbus and feed more than 5,000 families during the year.

“National and local studies suggest too many families in this area aren’t sure where their next meal will come from,” said Brian Brooks, president, E.E. Ward Moving & Storage. “Laps For Lunches was a fun way to help families and showcase the positive work going on in the community.”

Laps For Lunches also gave NASCAR fans a chance to meet and race against Sprint Cup and XFINITY Series driver Jeb Burton, who flew in from Charlotte specifically for the event. Burton raced Tim Hall from 97.1 the Fan, then got behind the wheel to race some lucky fans.

“E.E. Ward Moving & Storage has had so much fun partnering with Richard Petty Motorsports ever since moving RPM to its new headquarters last year,” Brooks said.

You can check out photos from the event on E.E. Ward Moving & Storage’s Facebook page.