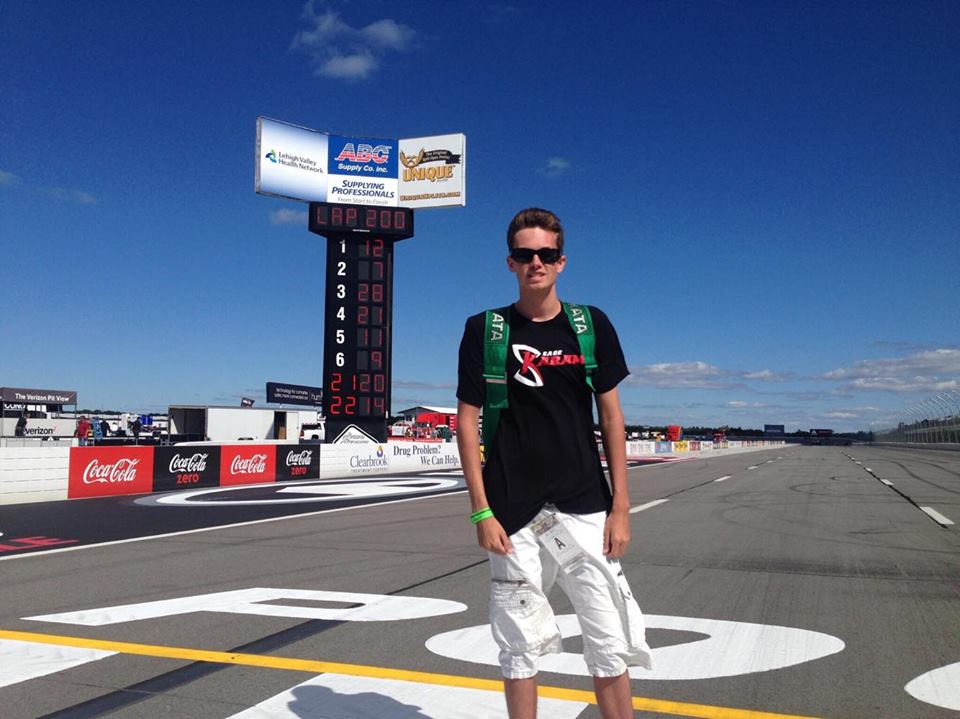 Back in July, E.E. Ward ran sweepstakes for fans to win two VIP ticket packages to the ABC Supply 500, simply by following #LapsForLunches and interacting with our social media. The winner would receive two tickets to the race, Pocono Club passes, and Victory Lane access! The lucky winner of the wonderful package was Robert Dera from Delaware.

We recently reached out to Robert to ask about his experience at the race. Robert said that the race ended up getting postponed, but he is such a dedicated fan that he missed his first day of classes to go! He used the second ticket he won to take his dad. Robert told us:

“it was awesome having the opportunity to go into the garage and pits before the race and see how the event was prepared for. Our tickets sat us in a section with one of the driver’s wives and kids. The all-day racing was amazing and being in the victory lane was a once in a lifetime opportunity! It was awesome being there with the crew, happy and celebrating. I even got a chance to talk to the team strategist that won the race. After the race, we toured the garage and took a few pictures with the cars. It was an amazing day at Pocono!”

E.E. Ward is so happy to hear that Robert had the opportunity to attend the event, and had a memorable trip to Pennsylvania for the ABC Supply 500 at the Pocono Raceway! Below are some pictures that Robert took during the race. Keep an eye out for next year’s third annual Laps for Lunches, as we may be running other great sweepstakes! 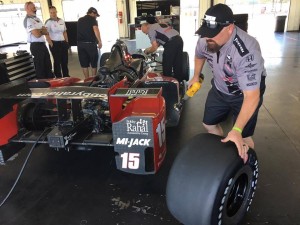 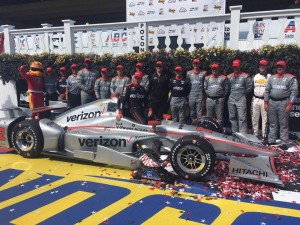