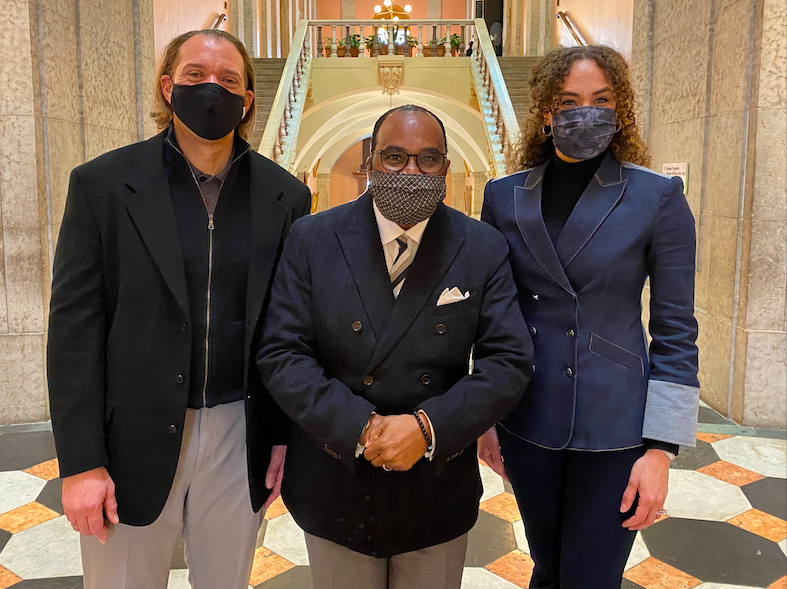 February 24th 2021, Columbus, OH: On Wednesday on the floor of the Ohio Senate, Sen. Hearcel Craig of the 15th District in Columbus, took a moment to recognize E.E. Ward Moving & Storage in celebration of 140 years of business. E.E. Ward has proudly been serving the communities in Columbus for generations, and have great success in the moving industry with their diversity-minded approach. You can read the transcript of the event below, or watch the whole video here. 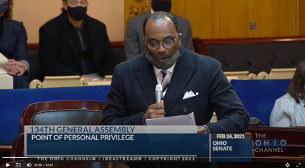 “Thanks very much Mr. President. Ladies and gentlemen of the Senate this is our last formal recognition of the Black History Month but of course we want to continue….because the extraordinary work of African Americans does not just happen in the month of February. But Mr. President thank you so much for allowing me to have this point of privilege to highlight an outstanding and historic business for black history.

Founded in 1881, E.E. Ward Moving and Storage is the oldest African American owned business in the United States and the two current owners of that business are here in our chamber today. I’ve asked Brian and Dominique Brooks if they will please stand as I’m reading these documents. They are located right here in Columbus.  And in attendance with us today are E.E. Ward co-owners. Husband and wife, Brian and Dominique Brooks are committed to carrying the legacy of E.E. Ward and building on the company’s reputation as leaders in their industry.

E.E. Ward’s legacy traces back to 1840 when John T Ward served as a conductor on the Underground Railroad. He used his horses and wagon to help slaves escape to freedom through a network of hiding places and safe houses. During the civil war, Ward obtained government contracts to hold supplies and equipment for the US army. His son William Ward eventually took an interest in the business and began to work with his father. Then in 1881 the two launched the Ward transfer line. Once the company added storage to their services, eight years later, they renamed it E.E. Ward transfer and storage company, after Edward Earl Ward, the founder’s grandson, who was operating the business by then starting with two horses in a wagon. 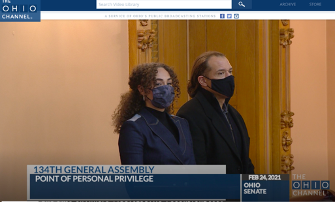 The company has grown for 140 years into a thriving multi-million dollar award winning moving corporation. Today E.E. Ward is known for top quality service and giving back to the community.

Black businesses are interictal to the strength of our economy and the help of our society. According to the How Developmental Service Agency, there are over 81,000 African American owned businesses. In Ohio they employ nearly 44,000 workers with an annual payroll of $1.2 billion. There are number of reasons why further investing in black owned businesses would be beneficial to our economy.

Thank you very much Mr. President.”

To learn more about E.E. Ward and our legacy in the moving industry, read up on our history and mission here.