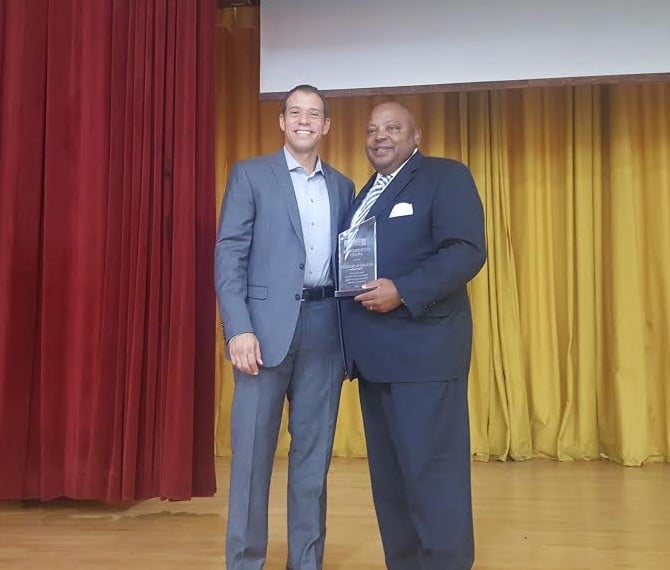 The E.E. Ward Entrepreneur of the Year Award recognizes a minority business owner, located in Central Ohio, who best displays a vision and purpose for making the community stronger. The recipient is not only committed to success, but also takes risks to create opportunities for the community, making a significant impact on the community as a whole. The award was established in 2014 to celebrate the entrepreneurial and philanthropic spirits of E.E. Ward founders John T. Ward and William S. Ward who started the company in 1881.

It was an honor to present Richard M. Crockett with this award. He is a visionary in the community and we are excited to see what the future holds for him. Congratulations once again!