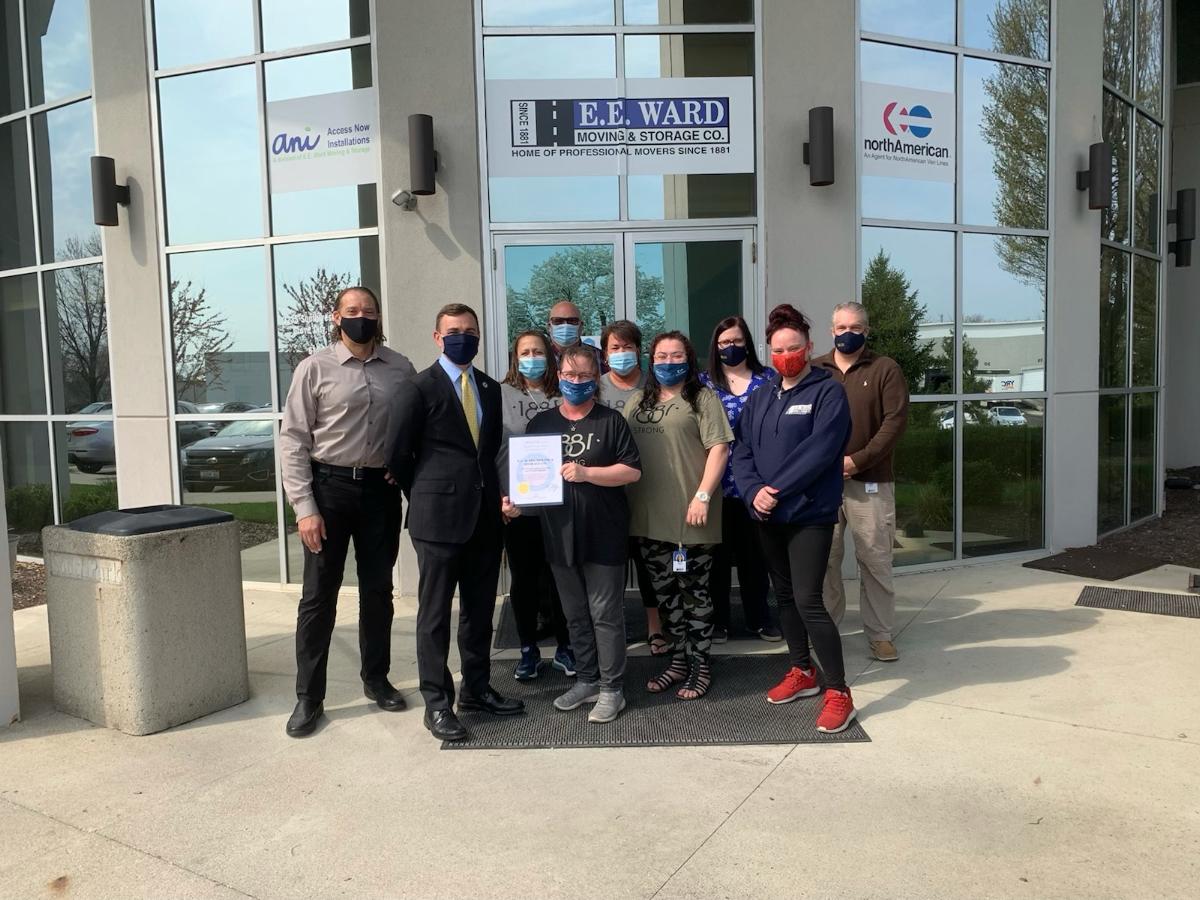 Franklin County Auditor Michael Stinziano recognized and congratulated E.E. Ward Moving & Storage in honor of their 140th anniversary during a tour and visit of their facility.

The letter of recommendation reads as follows:

ON THE OCCASION OF YOUR 140TH ANNIVERSARY

On behalf of the Franklin County Auditor’s Office, I hereby highly commend and congratulate Mr. Brian Brooks, Mrs. Dominique Brooks, and the E.E. Ward Moving & Storage team on the occasion of your 140th anniversary. E.E. Ward is the oldest known continuously operating Black-owned business, as recognized by the U.S. Department of Commerce. The company’s rich history includes co-founder John T. Ward’s role as a conductor on the Underground Railroad, leading people to freedom. Once again, congratulations on your 140th anniversary, and I extend best wishes for your future success. 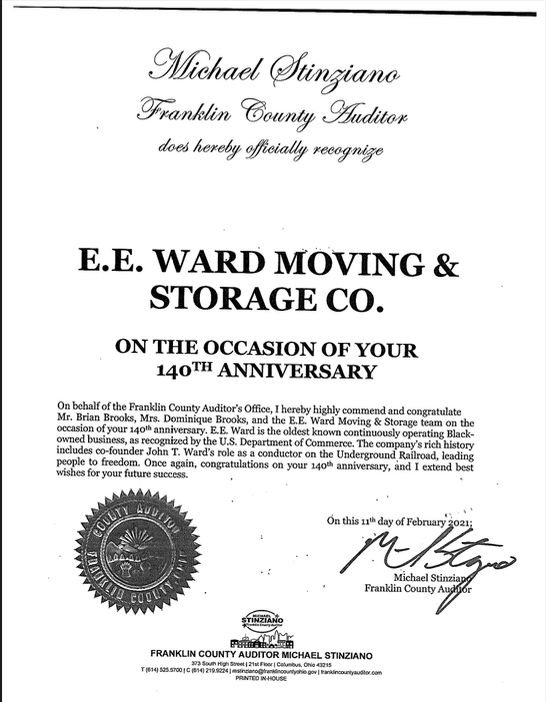 E.E. Ward was founded in 1881 and is the oldest African-American owned business in the United States. Click here to learn about the company’s rich history.