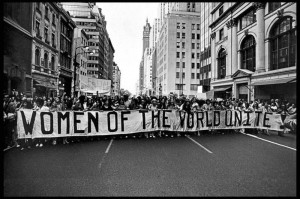 August 26th marks the resolution of the 19th amendment to the constitution. The 19th Amendment of the U.S. Constitution guaranteed women the right to vote.  Often referred to as the Susan B. Anthony amendment, the 19th Amendment was passed by Congress on June 4, 1919 by a vote of 56 to 25 in the Senate; ratified by the necessary 36 states (with Tennessee as the last state to vote for passage on August 18, 1920); and proclaimed as part of the Constitution of the United States on August 26, 1920.

Today we celebrate this achievement in women’s history!

E.E. Ward joins the Women’s Fund of Central Ohio in acknowledging the tireless dedication of so many women and men who stood together in demanding voting rights for women.  93 years later we are continuing work to create gender equality for women and girls.  The Women’s Fund of Central Ohio pays tribute to the women in our lives who have made a difference. Amplify the voice of a woman in your life today. Post in her honor, thank her, or click here to make a donation on her behalf. We know that when women and girls thrive, entire communities prosper. By empowering the women and girls in our community, we are all transformed.