There was fun and friends at the park on a beautiful Saturday in Columbus, Ohio. No surprise, the event at Schiller Park was a success! 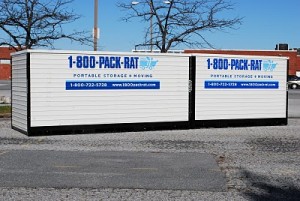 As a part of the bicentennial celebration of Columbus, the Friends of Schiller Park invited residents to join in a two day “fund and friend raising” event. The celebration of the park recognized the enduring role the park has played in the Columbus community for more than 120 years. E.E. Ward has been servicing moves in Columbus since the park’s inauguration in 1889. Both have stood the most daunting test of time and are staples of the capital city. Thus, E.E. Ward is proud to lend a hand in this wonderful celebration by providing PACK-RAT services to the event.

Katherine Moore, Chair of Friends of Schiller Park, described the event as “volunteer driven” with “many working parts.” As it has over the past 200 years, the community came together and donated items and equipment to ensuring success of the event and the storage services allowed for all these donations to be placed at a centralized location. Katherine said having the services was a “tremendous help.” The donation of two PACK-RAT containers were dropped off and utilized by volunteers from beginning to end. The containers allowed for on-site and convenient storage that was secure and affordable.

The event welcomed the community to historic German Village to reminisce about the past 120 years, share in the moment and provide optimism for the great future of the park as it unveiled a lovely new garden.  Attendants were treated to live music, ice cream, and even a pie baking contest! Of course, being held on a football Saturday, a scavenger hunt was held to appease all of the competitive spirits!

This event was special to E.E. Ward because it was with, for, and by the people of Columbus. The very people we aim to serve and satisfy every day as we have for over 120 years!