Driver of The Year Honored 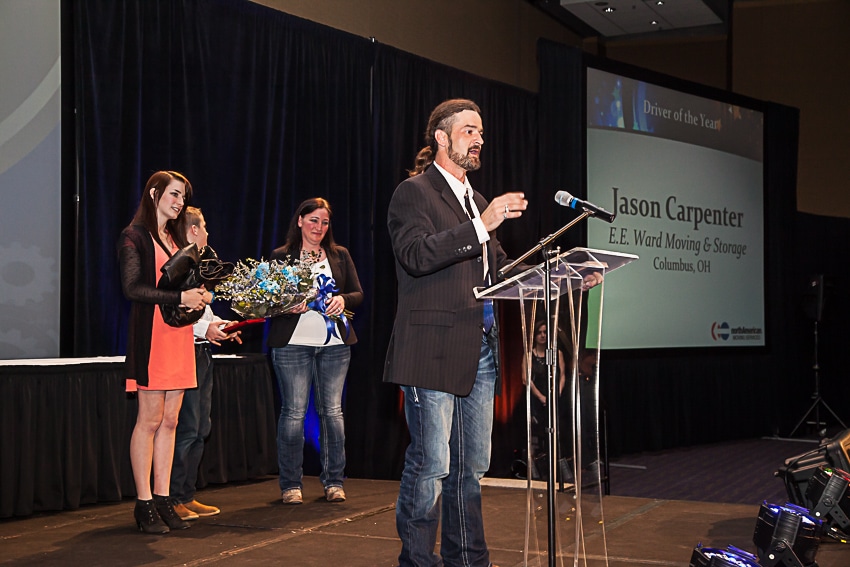 Jason Carpenter accepting his award as  Driver of the Year while his family looks on.

The Friday evening awards ceremony also brought recognition to the 2015 North American Driver of the Year, E.E. Ward’s own Jason Carpenter! The annual Driver of the Year award recognizes a driver whose overall performance and outstanding quality scores exemplify dedication and commitment to providing world-class service. Jason is a fourth generation driver and was one of twelve chosen Top Quality Haulers for 2015. He was chosen as a recipient of this prestigious Driver of the Year honor based on measures including customer surveys, safety ratings, and quality survey results and claims. Carpenter attributes much of his success to the home he has at E.E. Ward and jokingly admits that manager Faurote even serves as a “wife on the road” for him at times. E.E. Ward feels equally grateful to have Carpenter as a member of the team and looks forward to many more years of success and excellence. 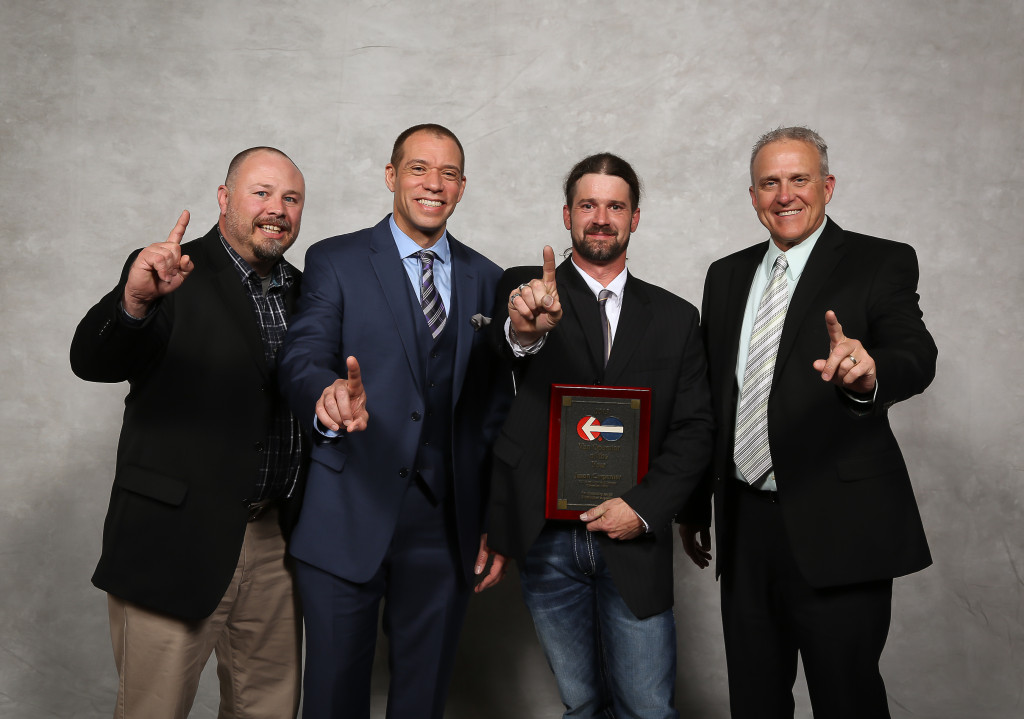 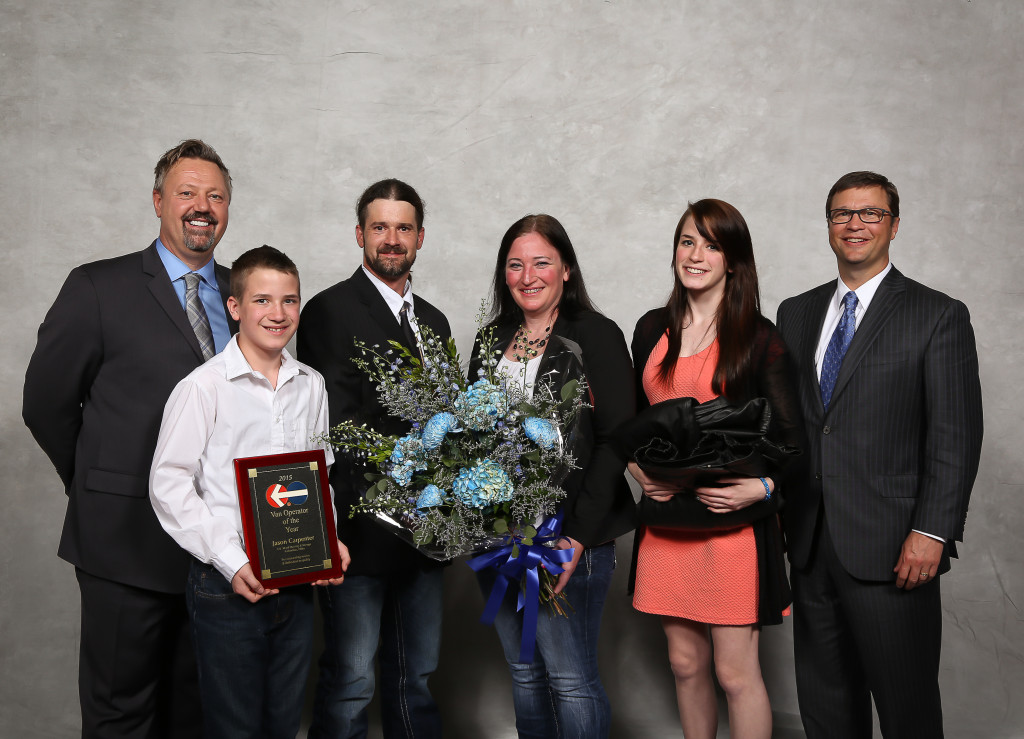