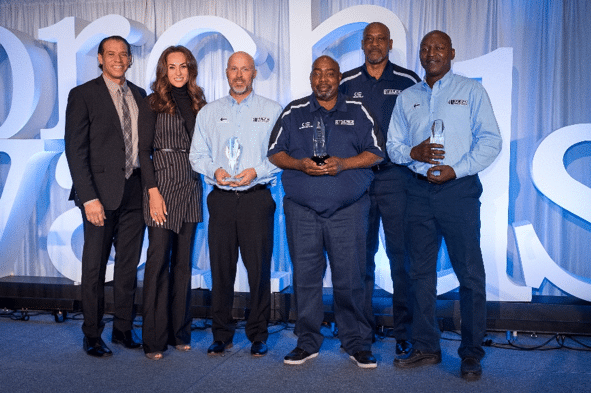 E.E. Ward has been recognized by the American Moving & Storage Association as one of the most trusted moving companies in America. This, along with E.E. Ward’s strong commitment to providing excellent customer service and values rooted in a family legacy, positioned them to win the Torch Award for the third time.

“I have had the honor of awarding EE Ward Moving & Storage the Torch Award for Ethics 3 times dating back to 1994,” said Kip Morse, President & CEO of the Central Ohio BBB and its Center for Character Ethics. “It is tremendous to see the continued commitment to delivering on the High Character Trust Principles illuminated in the Torch Awards.”

The BBB Torch awards are given to businesses whose leaders are committed to building a culture of trust, integrity, and ethical principles. Recipients demonstrate superior character and exceed marketplace standards for ethics consistently.

Since 1881, E.E. Ward has focused on strengthening the legacy created by founders John and William Ward through giving back to the community and embodying strong moral character. E.E. Ward looks forward to continuing to serve as a leader in both the moving industry and Central Ohio community for years to come.