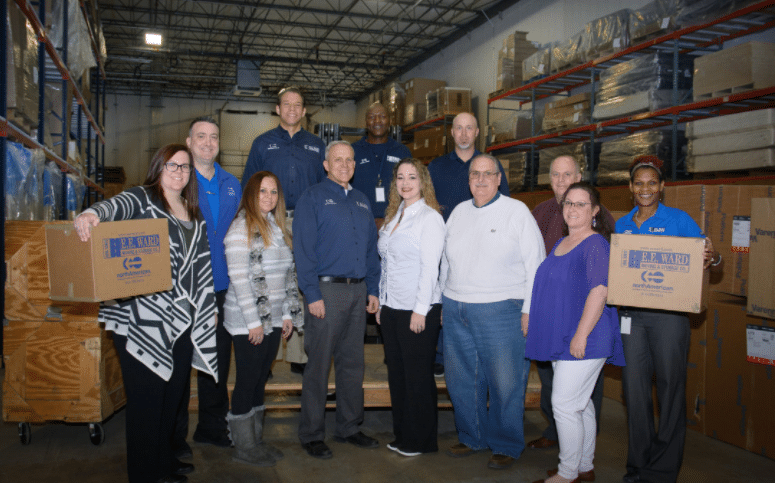 It’s been a busy year here at E.E. Ward, a time filled with philanthropy, new connections, and countless achievements by the various members of our team. Please take a moment to read some of the highlights of 2017. 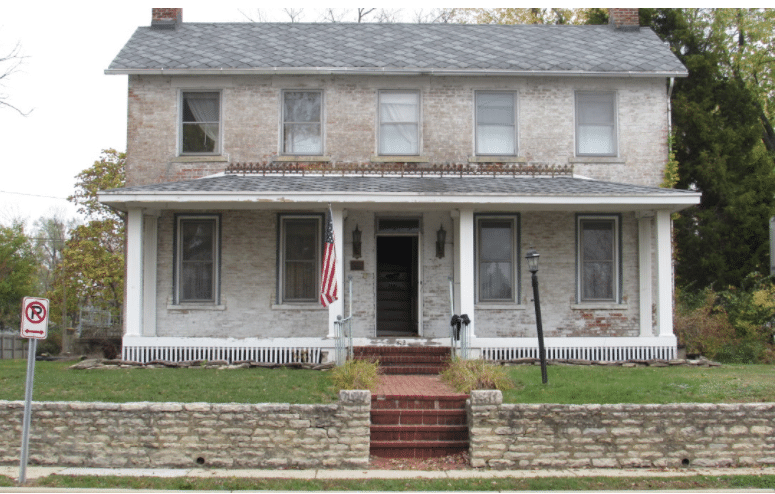 Built in the 1840s, the oldest building in Grove City was acquired by the city this year. The house was owned by Ruth V. Jividen, a descendent of Hugh Grant Sr. who was the first white settler in this area, arriving in 1805. E.E. Ward Moving & Storage Co. had the pleasure of working with the City of Grove City to remove and take items into storage while the restoration is being completed.

E.E. Ward received the “People Love Us On Yelp” Award for 2016. This recognition is given to businesses with the highest ratings and best reviews on Yelp.

Coffee With the Council 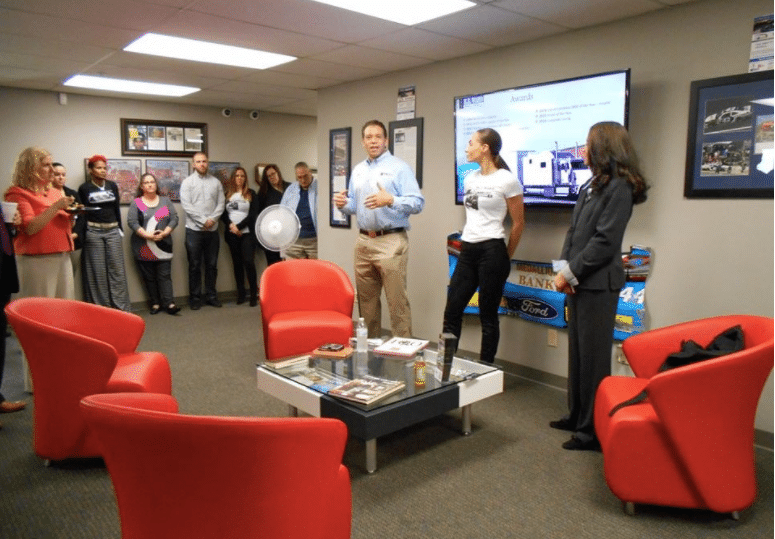 E.E. Ward Moving & Storage was given the opportunity to host the inaugural Coffee With The Council. The morning event was sponsored by the Ohio Minority Supplier Development Council and E.E. Ward.The E.E. Ward team held an open house for Columbus business professionals to come, meet the new OMSDC President Jacqueline Neal, network and learn more about the OMSDC. 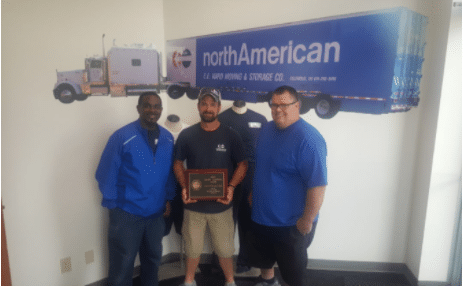 E.E. Ward was the proud recipient of the Hauler Performance Award. This award is presented to the NorthAmerican Van LInes Agents with the best hauling team. We were immensely proud to be recognized with this award and will continue to strive for excellence in the future. 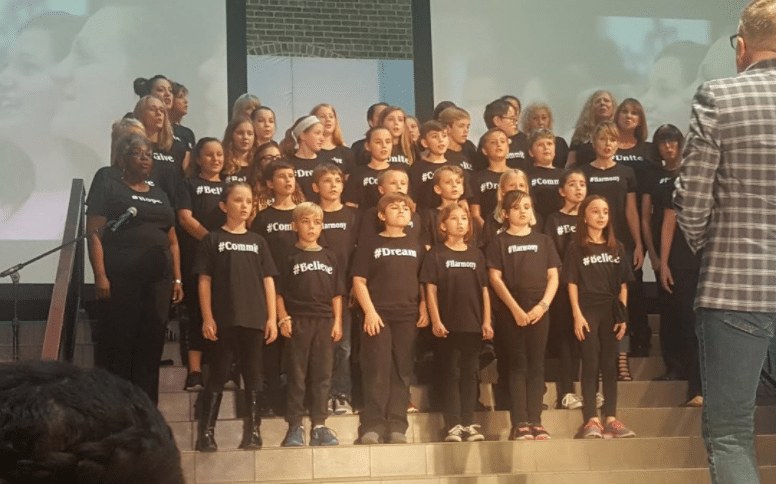 E.E. Ward was an event partner with “In Christy’s Shoes” fundraising event! “In Christy’s Shoes” goal is to impact communities where women are in vulnerable circumstances by raising funds for integral programming. The organization was created in honor of Christy Peters, who was diagnosed with terminal brain cancer at age 33. Her love was one of her greatest qualities, she lost her fight at age 34, and in 2009 her sister along with two beloved friends created “In Christy’s Shoes” to commemorate her life, and help other women in their community. 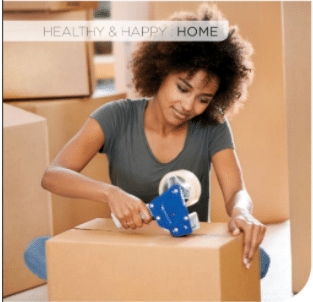 Essence Magazine interviewed our own Brian Brooks for a segment called “Move Out With Ease”, in which Brian gave tips on the ins and outs of making the relocation process a little easier. 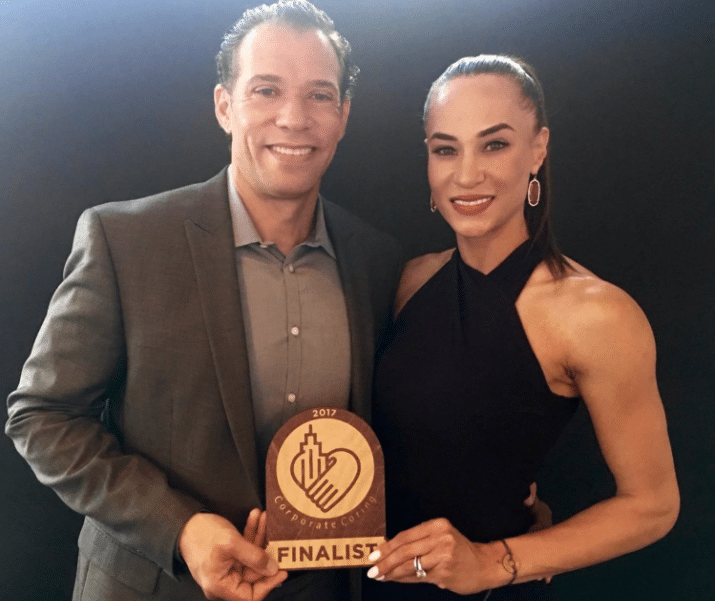 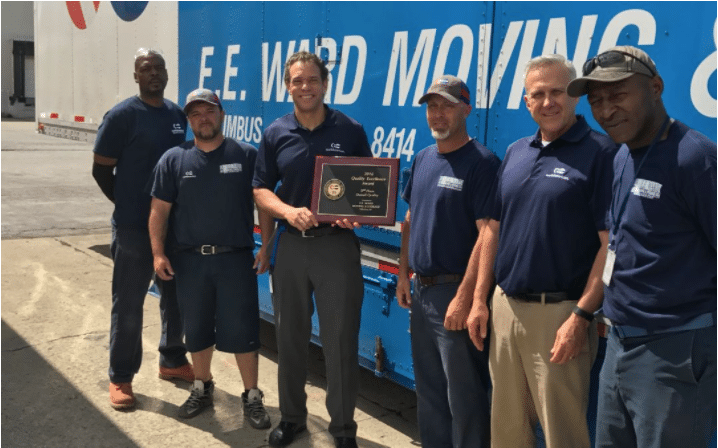 E.E. Ward was very proud to have been awarded 3rd place in the Overall Quality Excellence Award from North American Van Lines. This award is issued to the company with the top service in the three roles of: Booking, Hauling, and Origin Services. 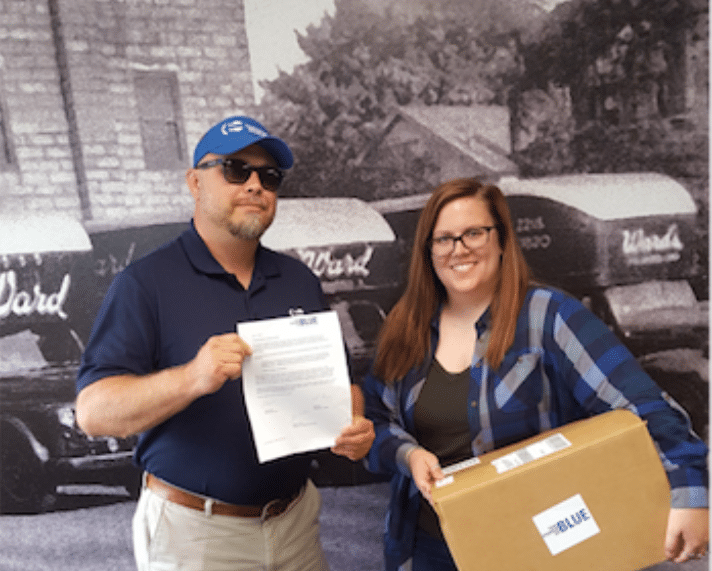 Our own Sarah Peterson and Chad Faurote were the recipients of The Power of Blue recognition this year. This was awarded to Chad and Sarah because of the nomination from another NorthAmerican Van lines Agent partner for going above and beyond by helping with one of their customer. 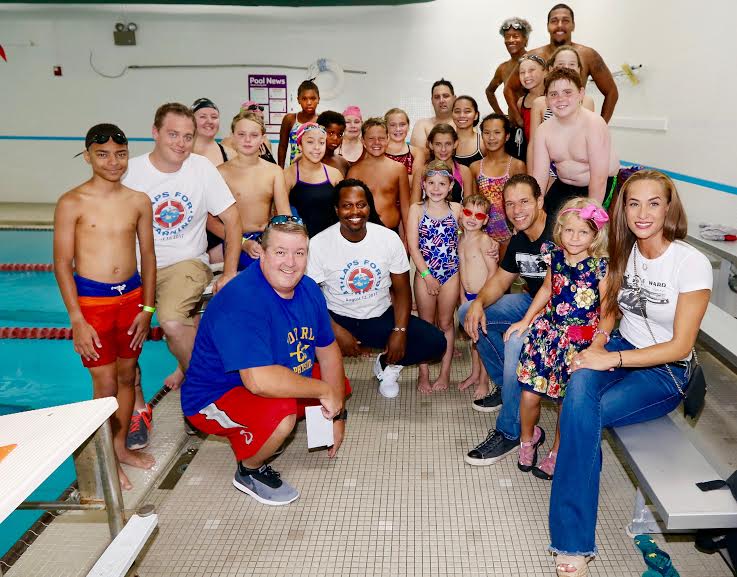 E.E. Ward hosted its first annual Laps For Learning swimathon fundraiser. The event raised money to send local children to Safety Around Classes at the local YMCA. With the $17,400.00 raised we were able to sponsor 232 local children. 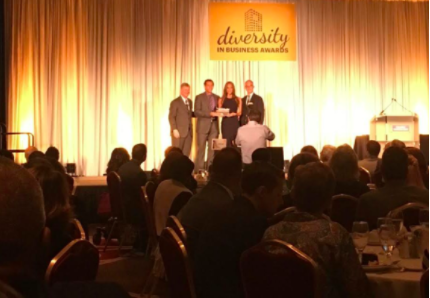 E.E. Ward Moving and Storage received the Outstanding Diverse Business Award in the small company category at Columbus Business First – Diversity in Business Awards on August 10, 2017.  The award honors diversity in all areas including race, age, disability, gender, religion, and sexual orientation. E.E. Ward’s receipt of this award acknowledges a commitment to diversity in the workplace. 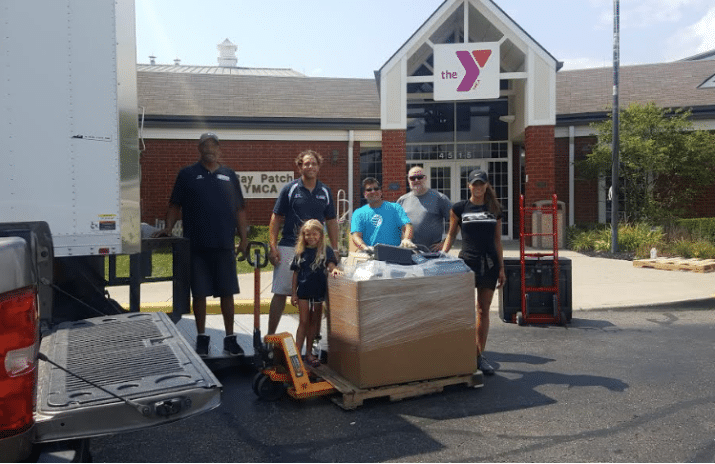 E.E. Ward helped transport goods for Digital Drop Off Day. Digital Drop Off Day was an event in which members of the community could donate old electronics to be refurbished and recycled to members of the community who otherwise couldn’t afford the technology. Over 20,670 pounds of electronics were collected and the day was an overwhelming success. 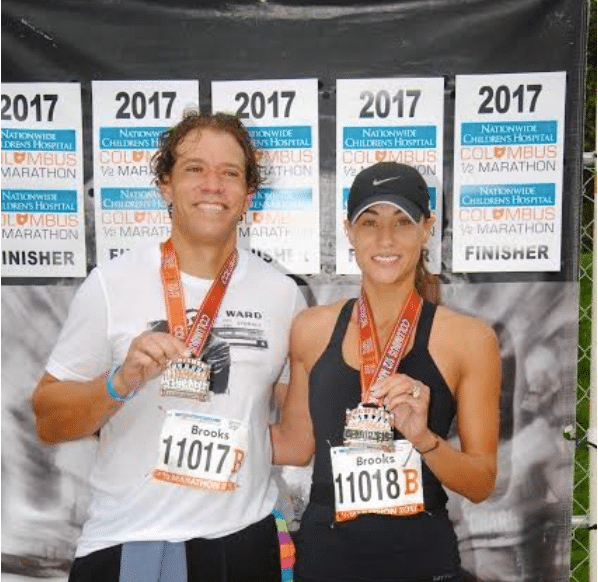 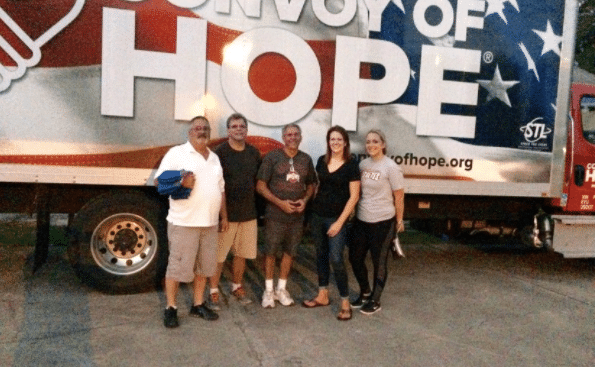 E.E. Ward team member Shanna Crawford traveled down to Port Arthur, Texas to assist in Hurricane Harvey relief. Shanna helped to clean and rebuild homes that were damaged during the storm and to help community members in any way she could. We are so proud of Shanna for her efforts to help after the catastrophe. 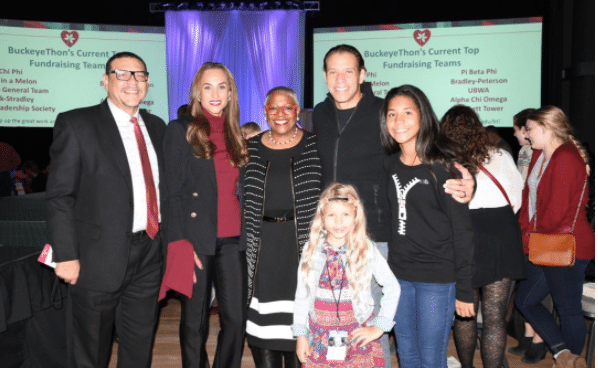 E.E. Ward Moving & Storage Owners, Dominique and Brian Brooks along with E.E. Ward marketing interns were excited to attend the BuckeyeThon Fashion Show on November 2nd. The Fashion Show is an event that raises money for Nationwide Children’s Hospital for cancer research. This is the third year in a row that Dominique has helped as a mentor and advisor to assist with the development and production of the fashion show. 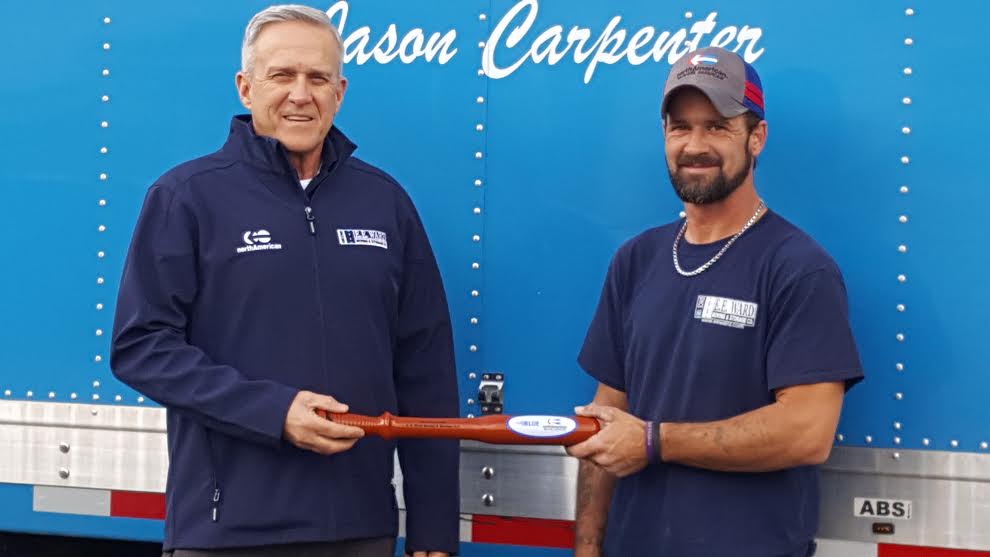 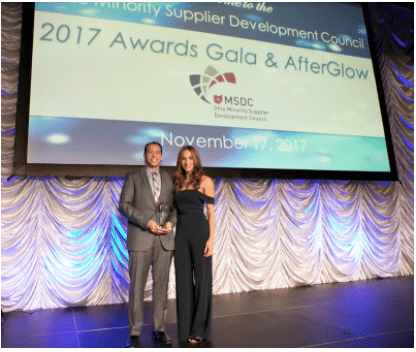 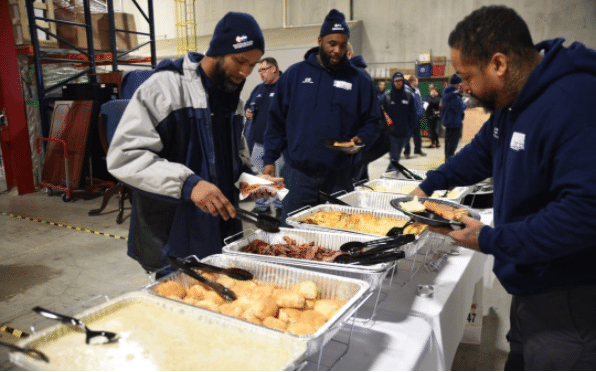 The E.E. Ward team gathered December 13th for their 5th annual awards breakfast. The entire staff enjoyed a delicious breakfast at our Grove City warehouse facility. The event began with some words from company President and Co-Owner Brian Brooks about all of the wonderful things the company has accomplished this year as well as continuing to focus on the quality service and the customer experience for 2018.

2017 was a wonderful year here at E.E. Ward and we are so proud of our teams hard work and dedication which made it so successful. We look forward to another year of excellent service and community outreach in 2018!